Our client @TheMagnusGroup makes it into the media time. This time, captured in @SuffolkBusines3 talking about the role the company will play in a UK wide logistics effort during #Covid19 suffolkbusiness.co.uk/news/logistics…

Take a read of how our client @CASuffolk are helping local groups and organisations do their bit in the face of #Covid19. ukdirectormagazines.co.uk/knowledge-base… #suffolk @SuffolkDirector

Great to see this coverage for client @SUFMentalHealth about support during covid. ukdirectormagazines.co.uk/charity-reiter… #PR #business #suffolk

Having been hearing from various new and existing clients this weekend about their work in the fight against Coronavirus, we start the morning with the BBC confirming a live media opportunity for our fabulous logistics business client. #PR

Another piece of superb #media coverage for our #PR client @rolandplastics britishplastics.co.uk/News/roland-pl…

We may be in unprecedented times, but the nature of society's current experience has led to some great community collaboration. A great chat on @BBCSuffolk just now with @MarkGlennMurphy as @CASuffolk calls for groups and initiatives in #Suffolk to get in touch & register

Great to see the collective call from @CASuffolk and @suffolkgiving @SuffolkALC to find out what fabulous initiatives are being created in the #Suffolk community during #Covid19 suffolkbusiness.co.uk/news/communiti…

One brand, one opinion. How is Covid-19 affecting the approach to marketing? Do you shift your focus to tap in to the current society wide angst, or play the long game? #Pr #marketing warc.com/newsandopinion…

What a great business challenge for the MOD from #Suffolk #Business @rolandplastics. Thanks @SuffolkBusines3 for the #media coverage suffolkbusiness.co.uk/news/roland-pl… #news

Despite all the uncertainty and fear circulating in the business arena right now, we're delighted to be today finalising the branding of a new healthcare organisation preparing for launch in April. #PR #marketing #design #brand #health

A great photo opportunity for one of our clients this week. Here's just one of the pics taken of a team exercise set for military engineers, and involving use of our client's innovative product. #PR #business 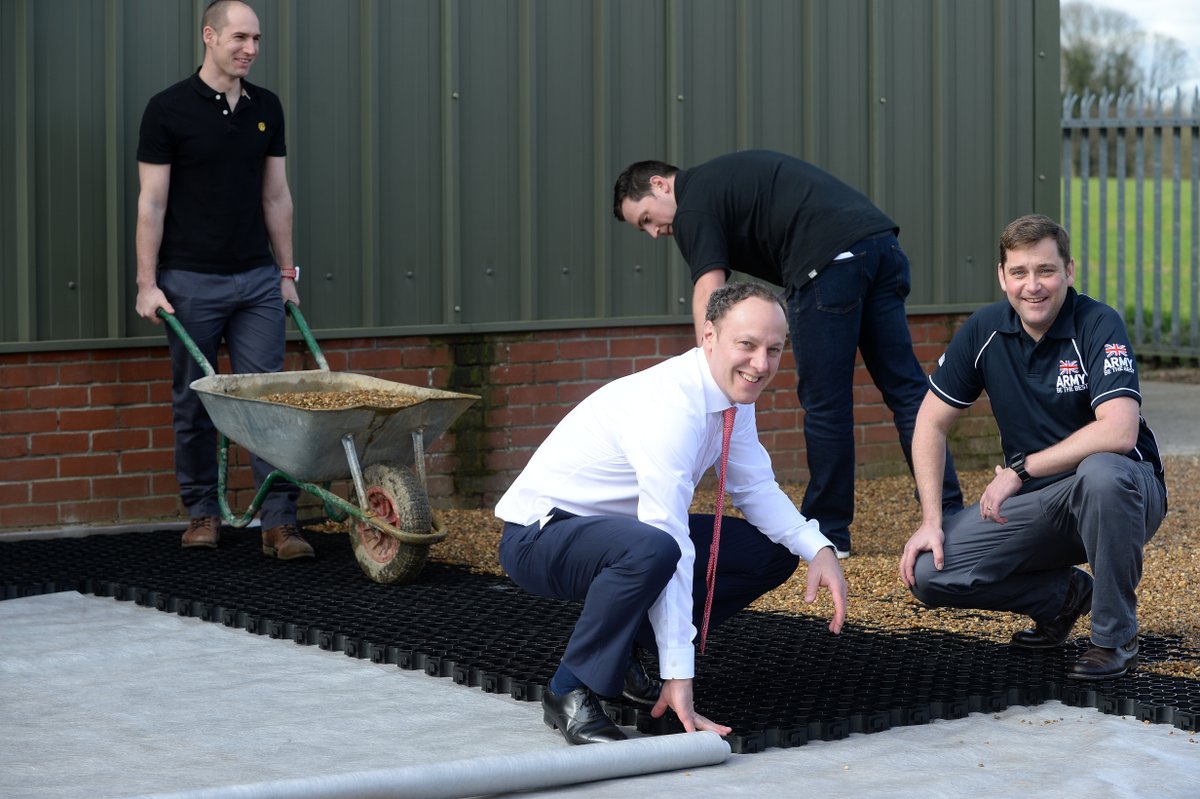 One week since the superb TV coverage for @wearewednesdays, here they are again, this time featured in @IE_Today ie-today.co.uk/Article/framli… #eatingdisorders #PR #media

This week we're carrying out two crisis-ready audits for companies wanting to know how they would handle the media in the face of a major issue. When was the last time you considered media training? #reputation #PR #training #business

Thanks to @SuffolkBusines3 for featuring the #news that @suffolkcarers has appointed Laura Squirrell to a senior role at the organisation suffolkbusiness.co.uk/news/suffolk-f… #PR #business #suffolk #suffolkfamilycarers

Did you spot this great media coverage for @wearewednesdays ? #media #PR #health #charity

Thanks @SuffolkBusines3 for more great coverage of the work being achieved by @wearewednesdays suffolkbusiness.co.uk/news/baroness-… #PR #media

We're loving this image of the two fabulous entrepreneurs behind #Suffolk #business @LanguageTownIps. Do check them out if you're after language tuition. #PR #education 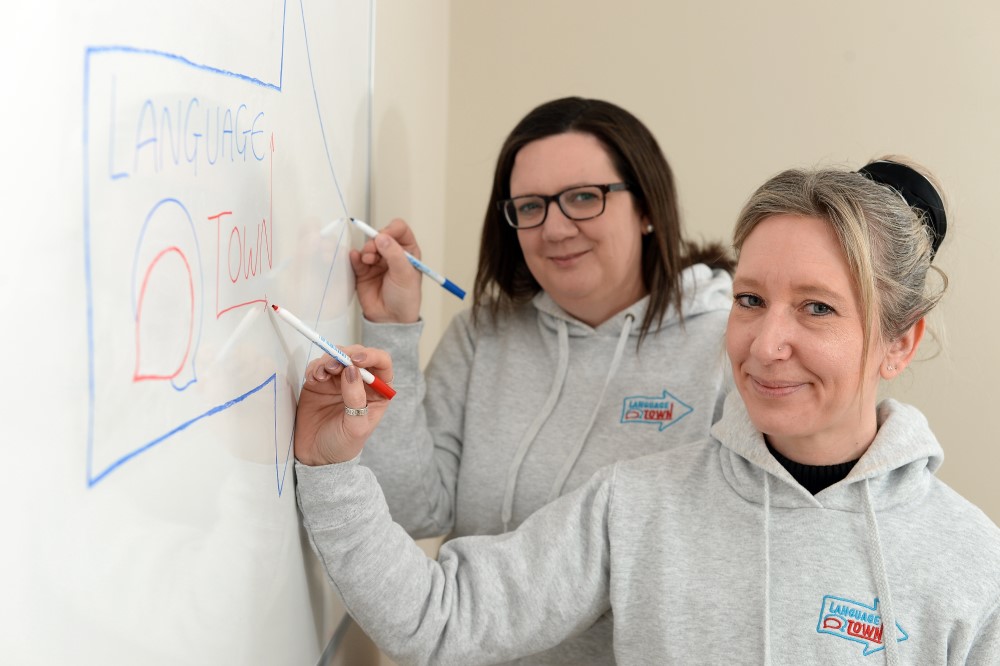 We Brits are known for being quirky and unique, and we think that this week’s batch of charity campaigns definitely showcases our creativity as a nation! Vote for which charity you think pulled off the best PR activity this week on Twitter  or Facebook by putting the charity name followed by #WellDoneWednesday. We’ll announce the winner on Thursday. If […]

We’re heading towards the Easter break and a well-earned long bank holiday weekend – but not before we take a look at the latest batch of charity campaigns! This week we look at a bold crusade to improve animal welfare, a campaign with a 90s soundtrack and how fashion can raise money in a variety […]

Spring has sprung and the UK’s charities are certainly blooming – all of this week’s #WellDoneWednesday nominees have either come up with fantastic fundraising or awareness raising campaigns or garnered the support of quite possibly the biggest celebrities out there! Vote for which charity you think pulled off the best PR activity this week on Twitter  or Facebook by […]

Even before arriving at my desk this morning, I’d heard of two PR gaffes which had resulted in swift apologies. First, the newly announced Top Gear team were being labelled as disrespectful for filming close to the Cenotaph. Cue plenty of breakfast news commentary about whether the activity was indeed distasteful, or whether the donut-performing […]

It’s not often we share through our blog the stories we’re pushing out for clients, but this one particularly touched our hearts so we wanted to capture it here too. The story details young Dylan Vanhear, a boy who until this time last year was happily playing football in the park, enjoying school and had […]

This week sees International Women’s Day (8th March), and here at Lexia we’ve long supported this annual event (see our #PledgeForParity blog here). Therefore, of course, this week’s #WellDoneWednesday charity PR poll is dedicated to campaigns and initiatives featuring women. Vote for which charity you think pulled off the best PR activity this week on Twitter  or Facebook by […]

Here at Lexia, we’ve long supported the International Women’s Day initiative. We don’t do so to proclaim ourselves bra-burning feminists, nor to suggest our supremacy over men in any way. Our reasons are simple – we believe in parity and we support the intentions of campaign activity designed to make every woman AND man, consider […]

Reputation Management: Their guilt, your problem

QUESTION. When is someone else’s misdemeanour your problem? Worse still – when does someone else’s error, behaviour or failing actually represent guilt on your part too? Hardly surprisingly, the news of Adam Johnson’s conviction yesterday has been all over the internet, news channels and social media streams today. One of the most commentated aspects so […]

#WellDoneWednesday – Back To The Future

The future has arrived – this week our #WellDoneWednesday nominees have all used cutting edge technology to raise funds and awareness for their causes, from virtual reality to the utilisation of fundraising portals combined with the power of social media. Vote for which charity you think pulled off the best PR activity this week on Twitter  or Facebook by […]